skip to main | skip to sidebar

“We are here to add what we can to life, not to get what we can from life.” (Osler)
THE GIGAMOLE DIARIES 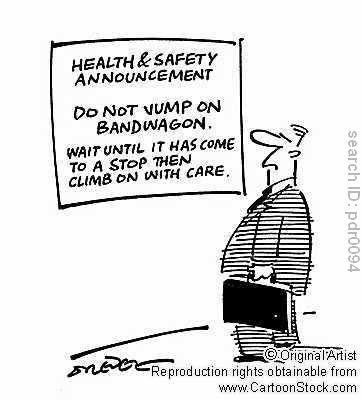 The Alirio Melendez story broke sometime last week. In fact the story had for some time, apparently already been quietly whispered about along selected corridors of the YLL Medical School campus. There have been accusations about fabrication of data, and major scientific papers have been withdrawn and investigated. I really don't want to presume I know too much about the case, nor about Professor Melendez's guilt or innocance. But certain things are interesting to reflect upon.

The phrase 'jumping onto the bandwagon', comes readily to mind. The phrase, according to my fav source for info, Wikipedia, apparently came about because of activities related to a less than famous clown-politician in early American history. Apparently he had been extremely successful in exploiting the mass media technology platform of his time, the bandwagon, to exhibit his political ambitions. Soon every other politician wanted to jump onto his bandwagon to share his spotlight. Thus arose the disparaging phrase 'jumping onto the bandwagon'.

What's all that got to do with us?

Well, observers of the Singapore approach towards biomedical research excellence cannot fail to notice that we spend a lot (in fact massive) amounts of money on bandwagons. Some have disguised these bandwagons as whales so as not to be too obvious. Bandwagons are obviously quite useful when you want instant fame and recognition, but it is not based on reality or substance. Coming from our Singaporean success on planting instant trees there is a fallacious thinking among some that there is an 'instant success' equivalent for biomedical research. So we rush about frantically planting those instant whales.... sorry, I meant trees.

Research bandwagons have however been extremely successful in transforming the Singapore research reputation. Suddenly we have a Nobel Prize laureate among us (transplanted, of course). Lots of whales (recently some apparently in migratory mode). And suddenly our local researchers look good, and get to cavort on the world stage. Can't complain too much....since as local guppies we've had many covert opportunities to grow fat off some of the crumbs falling from the mouths of whales.

But the problem is fame gotten from being on bandwagons is not necessarily real, and can be fleeting. And when the bandwagon topples - voila, you have an instant mass grave.

It was an interesting exercising looking up the Melendez publications generated in Sinapore. Anyone can do it. Just go to Pubmed and search for 'Alirio' 'Melendez' 'Singapore'. Or if you are lazy, just click here. You will find a listing of 50 publications generated during his time in Singapore. These publication date between 2002 and 2010.

It was very interesting going through this publication list because you find a lot of research associations in the authorship lists. Apparently all these papers are now under investigation. And all these authors now become somewhat tarnished by their association with Melendez because of these accusations of academic dishonesty. Again, I don't want to presume the outcome of the investigations, and I do hope that it will not uncover any widely endemic dishonesty within the scientific community. But the authorship list for Melendez papers reads almost like a Who's Who in the medical school, and includes heads of departments, Vice Deans and prominent individuals in the office of the NUS Vice President. Interestingly Prof Barry Halliwell, who is NUS Deputy President (Research and Technology), and who has been cited as fronting the investigation into the Melendez publications is himself associated with at least 2 Melendez publications.

Mass graves? These tend to develop when over-populated bandwagons fall over. But more about this in another post.
Posted by gigamole at 5:15 PM

Cannot agree more! Unfortunately, the universities do not police themselves sufficiently closely and do not set high enough standards to avoid "guest authorships", and some individuals use such a mechanism to get favors from those with power and to move up rapidly. The internal investigation mechanisms in place for investigating malpractice may be often led by individuals who are beneficiaries of scientific malpractice. Who is going to tell the Emperor that he is not wearing any clothes?

Well, the journals are somewhat complicit as well in not requiring the listed authors to declare their role in the work done. Had they done so, it would have been easy tracking the culpability when such allegations arise. As it is, all of a sudden co-authors claim ignorance and non-involvement, when previously they had been quite happy to claim credits.

It is not clear if revised journal policies would solve the problem. Liars will always be liars. After all, some journals do have such policies, but still there are guest authors on the papers published in such journals, and the guest authors are included with the real contributors with claims of having contributed to "designing experiments", "writing the paper", etc. if the journal where the paper is published does not expect authors to identify the roles, then each author must take full responsibility for any fraud. What is really a shame is that the university implicitly encourages the authorship bandwagon effect. It apparently happens at the highest offices. Then what ethical values can be expected from them?!

Nah, he's really not the emperor. And there is really no point in demonizing him like this. He deserves as much the others under investigation, a fair hearing. Until then we watch and await the results of the investigations. All I ask for is that the investigations are conducted fairly and openly so that responsibilities for mistakes and wrongdoings are fairly apportioned rather than scapegoated away to the lowest guy on the food chain. Sadly, I suspect the latter will happen.

In any case, the issue about self-plagiarism is not that clear, and many have questioned if it is a real ethical issue. It is certainly not in the same league as fraud and misrepresentations.

Well, he is just getting a dose of his own medicine, lah! People say that things are often secretive and unilateral. As for self-plagiarism, his Circular spells out what is right and what is wrong. It is his words against himself. But you are right. He is not the emperor. Just figurative use.

recent developments make me suspicious of most of the research conducted here. It is mentioned in today's straitstimes about a research conducted in Genome Institute of Singapore by Prof Frank McKeon's group. This is just published in Cell - top journal in Biomedical Research. Curiously, i checked on pubmed...he has just published a Cell paper on a different topic (June 2011) and then previous on in February issue (2011) of Cell. Amazingly well done research - he seems to be everywhere - stem cells, cancer biology, infectious diseases, immunology, p53 family, personalised medicine. Kudos...A case of concern?

I've been following this accusation since it arose last year. I've also analysed the allegations against Melendez and have to say it's compelling. However, I have several concerns which seems to be intentionally forgotten.

1. Has the list of co-authors been contacted or interviewed for this allegation

2. Did Melendez actually create the finished publication himself, check all data, double check images etc.. or did he just include images and documents from his co-authors

3. Has anyone considered if Melendez has the computer knowledge to manipulate the data according to the allegation.
(I have tried to re-create this data and have to say its not easy, and very time consuming)

4. During the publication process the paper must be checked for consistency and/or errors by esteemed researchers - why didn't these checks highlight issues?

5. Why have the group who made the allegation remained silent. This group must have spent weeks compiling this data together. However if you believe in conspiracy theories, it could have all been created by one of the co-authors with a grudge...perhaps the one who manipulated the data in the first place? is this too extreme for consideration?

I could go on, but it appears to me Melendez will be made a scapegoat, as his co-authors and esteemed colleagues will hide behind silence to save their own self importance.

where are we now for this? Though Researcher's questions above are valid, I understand that in one of the papers under investigations, Dr. Melendez has used a figure from his own Ph.D. or postdoctoral work...how did other authors get this figure? Dr Melendez should know that this is from his thesis or previous publications in which probably none of the current authors involved...NUS officials can explain these - i wonder will there be any conclusions for this investigation...if one pulls the carpet, there might lot of worms under it. 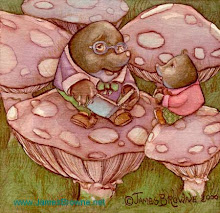 gigamole
Singapore
Moles are small, blind furry mammals who burrow underground. Alternatively.....they are the black spots on your face.